During the first two years of what would be a three year project, Thomas worked in his community of Boynton Beach, Florida, researching and designing the mural. He began to paint in mid-July, 1974, prior to the Dahl Arts Center's public opening, and completed the mural in August, 1975. He worked alone the entire time.

The upper sections reveal the historic past, the lower sections focus on the present in 1974. Large single and group figures divide the events of history and serve as the connectors between the past and present. Thomas highlighted the area in history that he felt greatly impacted our nation, such as the Civil War, communication, railways, transportation, the Industrial Revolution, agriculture and war. 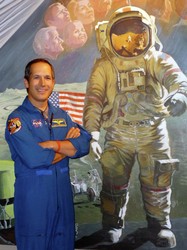 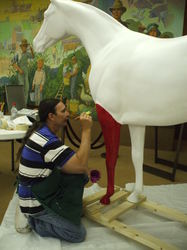 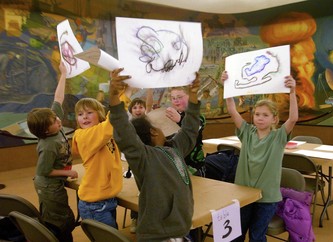